As part of the Léargas forum a series of workshops were organised that deal with some of the core areas of Léargas work. For example one of the workshops today Young People shaping our society-are we there yet? 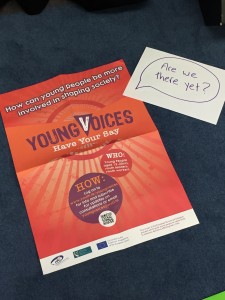 The workshop was facilitated by Dermot O’Brien and Bernadette Larkin and walked through the Erasmus + project undertaken. We explored what is meant by political and distinguished between political referring to public representation versus political as finding something you don’t like and not changing it. During our discussions we spoke about conflict between empowerment and ”walking the line” in school. Some other points of discussion were around the importance of empowering those who are least engaged and how to go about doing this. 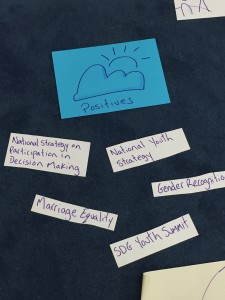 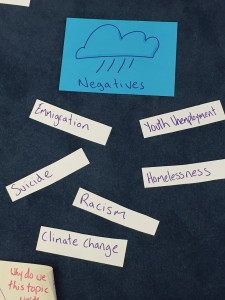 The project was undertaken in partnership with the National Youth Council of Ireland and the Department of Children and Youth Affairs and involved the following steps.

The project has fed into the road map for the National Implementation Plan for 2016 which begins in January.