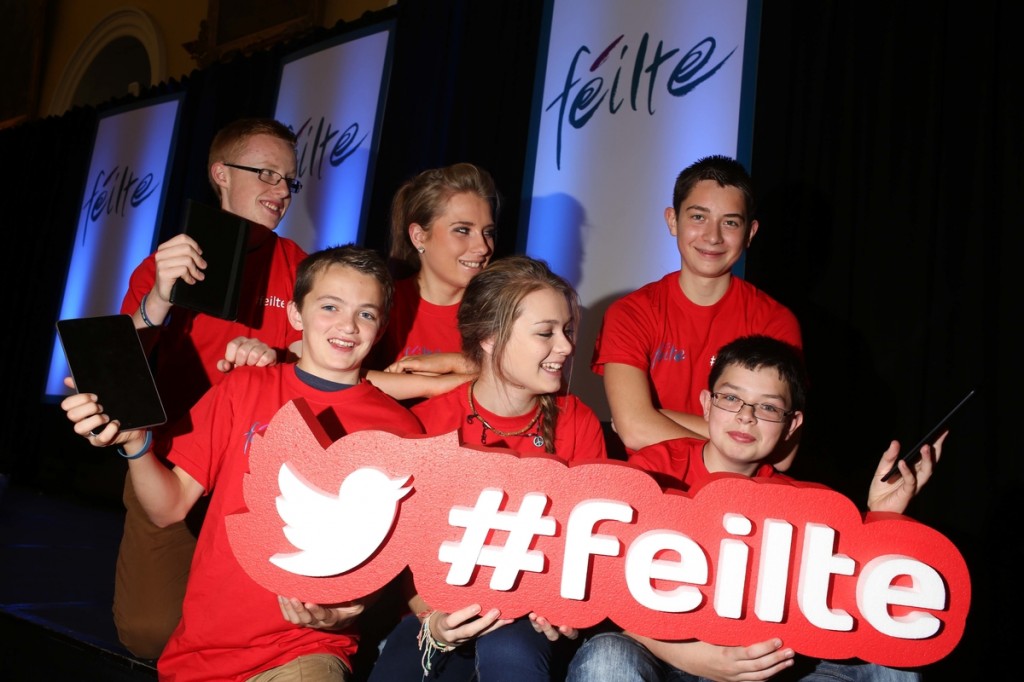 Our Youth Media Team traveled to Dublin on Friday 4th October for Féilte.  On the Friday night we went to the CESI Meet and interviewed some of the attendees to elicit their thoughts on many topics including teaching, technology in education, #edchatie and many more.  The main aim of the exercise was to re-familiarise the team with the technology that they would be using to interview, blog and tweet.

Saturday morning saw the familiar red shirts take their place at Féilte in the Royal Hospital, Kilmainham for the start of a busy day.  We planned some of the interviews for the day ahead, and tasked the team with researching the people and organisations that they would interview.  It became quite an organic process as, for the most part, they chose the interviews that they would do.  Their instructions were straightforward: 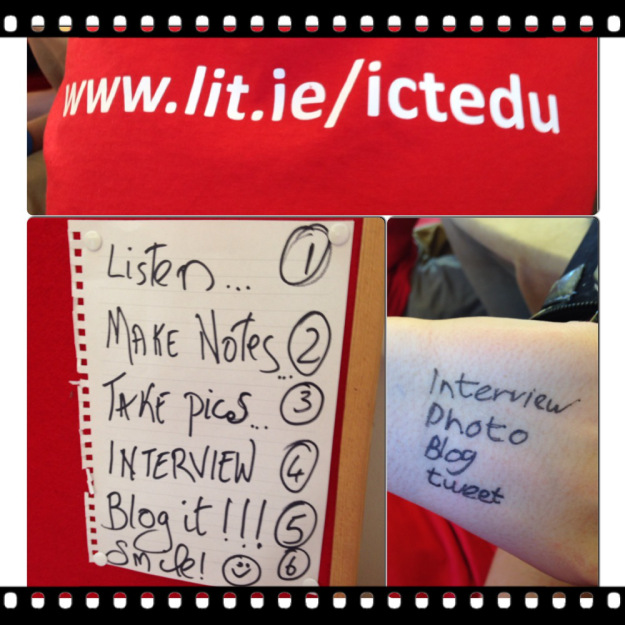 Of course no day would be complete without a bit of drama.  For us this came in the form of the loss of one of our first interviews of the day, Brídín and Jack’s interview with Fintan O’Toole, Deputy Editor of the Irish Times.  To the team’s credit, despite the bitter disappointment at the loss of this interview, they kept going and put it down to experience.  Unbeknown to us all, our resident techie Bernie, worked tirelessly during the day to try to retrieve the lost interview and, miracle of miracles, he managed to retrieve it at around 4pm.  To say that we were delighted to get it back, doesn’t even begin to come close to how we all felt!!

The feedback, both on the day and since, has been very positive towards the team.  The idea has really caught people’s imaginations and I’m delighted to hear that it has prompted a number of teachers to look into setting up Youth Media Team’s in their own schools.

You can check out the blog posts from the team here and you can access their interviews directly here.

A final word of thanks to the back room team of Conor Galvin, Evelyn O’Connor and Bernie Goldbach.  Their guidance and expertise made it a very enjoyable and rewarding experience for all involved. 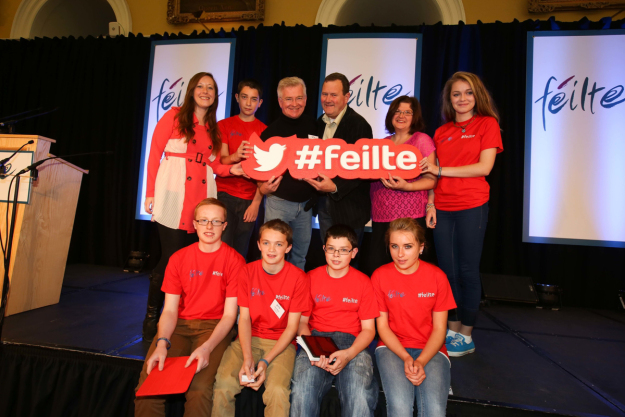