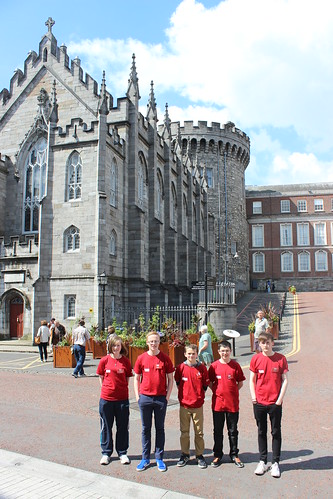 We wish him the best of luck in his upcoming JC exams!

We had a great day at Excited, the Digital Learning Festival and thanks to Minister Cannon for inviting us!

Dave and Jack interviewed Sean O’Sullivan from SOS Ventures.  He talked to us about Mathletes, Dragons Den and being an entrepeneur.

In our interview  with Ciaran Cannon, Jack and Dave talked about today’s extremely successful event. Ciaran was the driving force behind today’s event and it would not have been  able to take place without him. He also expressed his love for music in the interview, he is a talented musician and performed true colours brilliantly last night on the piano. It is safe to say he is a Jack of all trades!

Dave and Caitlin interviewed Marty Cooper, the inventor of the mobile phone, about his idea for the mobile phone, the future of the phone, other inventions he has created and what he thinks about banning phones in schools.

Here are some pics of the original phone 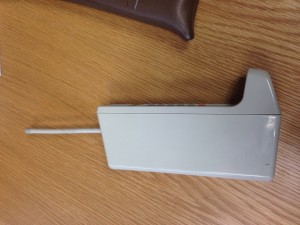 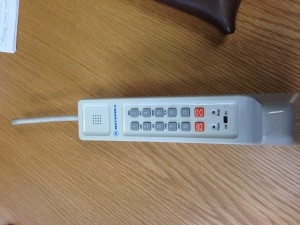 We caught up with Sophie Healy Thow, Emer Hicky and Ciara Judge who won the Science & Technology section of the BT and EU Young Scientist Competitions – quite an achievement!

We talked about what the young people themselves thought about technology in the classroom and the background of their award-winning Science project!

Dr Ruth Freeman, Director of Programmes, Enterprise and International Affairs at the Science Foundation of Ireland took time out of her busy schedule to talk to us.

We chatted about her background in genetics, how the foundation decides who to give funding to and how to get more girls into science.

Jack and Aisling interviewed Lord Puttnam.  In the interview, they talked about technology in education, UNICEF, David’s worldwide teaching from his old barn in Cork and they couldn’t help but mention his huge success in film making.  Lord Puttnam sits on the Labour benches but he’s not a politician.  He believes that technology is the only way forward.

We were lucky enough to get a chance to chat to Dr René Lydiksen of LEGO Education.  He talks about his new scheme launched with Mary I in Limerick and how he believes that LEGO can make learning about things such as algorithms fun!